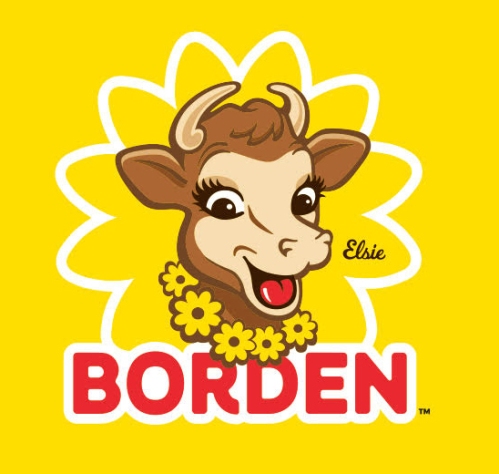 ‘Business as usual’ motions face lender objections over how cash reserve is accessed and used. Judge grants Jan. 7 ‘interim’ relief with authority to pay pre-petition ‘critical vendors’, including producers supplying milk. A hearing on the final order in regard to critical vendor payments and cash management is set for Jan. 23.

Unlike the November Dean Foods filing with intentions to sell assets, Borden states its intentions are to use the Chapter 11 process to restructure its business for the future.

The company seeks to combine the bankruptcy filings of its 12 affiliated milk plants and one transport company stretching from Texas to Florida and north to Ohio under Borden Dairy Holdings LLC, owned by Acon Investments LLC,which had recapitalized these assets as recently as 2017 when purchased from Laguna Dairy after they were spun off from Grupo Lala.

Processing 500 million gallons of fluid milk annually for customers including supermarkets and schools, Borden employs 3300 people at milk plants in Alabama, Florida, Georgia, Kentucky, Louisiana, Ohio, South Carolina, and Texas. Milk is supplied by dairy producers and milk cooperatives in these and other states.

“Concurrent to the decline of the number of milk producers, dairy processers have seen bottling margins decline due to competitive pressures from milk suppliers and large (and sometimes vertically integrated) customers. Couple this with the fact that … consumption has steadily declined, and it is no surprise that Borden and other dairy suppliers (such as Dean Foods) have begun to feel the same negative effects that have plagued dairy farmers for the past decade,” said Borden Chief Financial Officer Jason Monaco in his declaration with the court.

While all expected motions were filed to allow Borden to continue ordinary business while restructuring under bankruptcy protection — including motions to use a cash deposit reserve to pay pre-petition critical vendors such as dairy producers — attorneys for unsecured creditors objected Tuesday.

The lenders argued that, “(Borden) should not, and cannot, be allowed to use chaos of their own making to distract from the clear facts. There is no economic justification for… sudden chapter 11 filings, and the debtors cannot use the lenders’ (cash) collateral to finance an attempt by Acon to re-trade the out-of-court transaction,” that the parties had previously been negotiating.

The unsecured lenders contend that the bankruptcy filing occurred virtually on the eve of their out-of-court terms being ready for signatures. They contend that the $30 million cash deposit reserve is collateral and that other cash collateral Borden seeks access for operations are “insufficient.”

Acknowledging the importance of Borden continuing operations to preserve equity for all parties, the objecting lenders seek various protections from the court, including a position of consent with some oversight of budgets for the use of cash reserve and payment to critical vendors, including milk producers.

A day earlier, Borden CEO Tony Sarsam cited major milestones for Borden last year, including the revival of its spokescow Elsie, the brand’s reintroduction in Ohio and the launch of several innovative products such as state-fair inspired milk flavors and a new Kid Builder flavored milk line using 2% milk and containing 50% more protein and calcium with no added sugar.

Sarsam also explained in a press release that the company “continues to be impacted by the rising cost of raw milk and market challenges facing the dairy industry” that have contributed to “making our current level of debt unsustainable. He said ultimately, reorganization through court-supervision was the only solution “for the benefit of all stakeholders.”

Borden maintains that its situation differs from the Dean Foods bankruptcy.

“We believe that, from an operational standpoint, we are in a much better position than Dean Foods. Borden is EBITDA-positive and growing, which means we have solid earnings and are healthy,” Sarsam said in a public statement. “Borden intends to continue operations and strengthen our position … whereas Dean Foods announced its intention to sell substantially all of its assets. We are confident that, once we fix our balance sheet, we will be equipped to win together in the market.”

The bankruptcy process is still in preliminary stages with more than 45 items filed on the docket within the first 48 hours.

Stating that this bankruptcy reorganization will not affect dairy producer contracts, Borden announced on Jan. 5 that it fully expects business as usual and to move quickly and efficiently through the bankruptcy process.

However, on Jan. 6 and 7, unsecured lenders filed the objections to many of the motions that would allow business as usual – creating potential ripples in that scenario.

As of Wednesday afternoon, Jan. 8, a signed interim order from the Jan. 7 hearing authorizes Borden to maintain its cash systems and bank accounts and provides interim relief to pay certain pre-petition obligations, such as payments to ‘critical vendor,’ including milk suppliers.

A hearing on the final order in regard to critical vendor payments and cash management is set for Jan. 23.

In the meantime, dairy producers supplying milk to Borden plants, are advised they may need to file a proof of claim with the court to be eligible for payment or otherwise consult an attorney for guidance.

The company’s claims agent, Donlin Recano, can provide appropriate forms once a deadline for filing claims has been set by the court. For more information on that, dairy producers can call the Borden restructuring information center toll free at 1 (877) 295-7345 or e-mail bordeninfo@donlinrecano.com.

A special Borden restructuring website contains various documents, including one that answers questions for raw milk suppliers at https://www.bordenfinancialreorg.com/