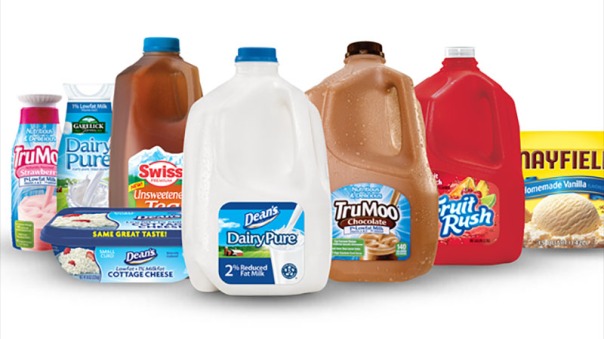 HOUSTON, Tex. — Dean is a dead duck, with an estate. The ‘pools’ (no pun intended), in which it reigned as top duck — and most of the pool toys it gathered over the past 20 years — have been sold to its largest supplier, Dairy Farmers of America (DFA), leaving just the Dean Foods (Southern Foods Group) Estate to settle its affairs, including paying farmers for April milk sold in good faith.

But the funds to do that are locked into the Chapter 11 plan handling all manner of administrative expense claims that could take days, weeks or months to sort out. Part of the issue is that the super-priority credit facility of $850 million was extended to Dean to keep operating before sale. Now the sale is consummated, and that credit facility is not being used for critical vendors. In fact, what was used of the $850 million becomes the first post-petition debt to settle.

Meanwhile, dairy farmers are looking at their contracts and the regulated pricing structures and even those states with bonding and wondering what recourse they have for payment. Most have no recourse. In states like Pennsylvania, there is bonding of licensed milk buyers through the Pennsylvania Milk Marketing Board, and it is a complex process.

On a recent DMI ‘open mic’ call for producers, Jim Mulhern of National Milk Producers Federation was a guest. He said they have looked into whether the Packers and Stockyards Act guaranteeing prompt payment for livestock could be use. It can’t, he said. There is no national insurance-bonding of milk buyers like there is for meat and poultry.

Not only did Dean milk suppliers not receive payment, cooperative handlers also went without payment, and the Federal Order pools in which Dean Foods is regulated did not receive their settlement payments. This then affects payments to handlers from the pool for April milk, which in turn affects other dairy producers paid by those other handlers.

Dean Foods did pay the April advance – the first of two monthly checks paid to dairy farmers. But the settlement funds for April milk due mid-May have not been paid, and Federal Milk Marketing Orders have established dates in each milk marketing area of the country stating when the settlement payments are made to the pool, when the handlers are paid from the pool and when the producers are paid by the handlers.

All of those dates for all Federal Milk Marketing Orders have now passed as of May 19, and Dean Foods’ Estate has not honored any of these April milk settlement obligations.

According to USDA Dairy Programs, “Dean Foods, DIP, (Dean) is fully regulated in all Federal milk marketing orders except the Pacific Northwest and Arizona. Dean did not make payment into the Producer Settlement Fund (PSF) for April pooled milk to any FMMO where it is fully regulated.”

USDA also confirms that, “Dean is responsible for paying the blend price to the independent producers who supply its plants. That payment is not contingent on whether or not Dean pays into the Producer Settlement Fund.”

Dairy farmers that ship to Dean Foods confirm no payment has been received, and the Pa. Milk Marketing Board confirms being notified of the same as it regulates these payments in Pennsylvania as well.

USDA indicates that it is “closely monitoring the situation and is keenly aware of the impact this failure to pay has on the dairy industry.”

Furthermore, USDA is continuing to consult with the Department of Justice in an effort to work within the confines of the bankruptcy laws to recoup monies owed to the Pool Settlement Funds.

Handlers were notified by USDA via memorandum (see Order 5 example of what went out to all FMMO handlers above). They were notified of the non-payment and the pro-ration of available producer settlement monies.

Some handlers have indicated this affects their funds to pay their producers by 20 to 30% for April milk.

In Pennsylvania, where there is bonding through the Pa. Milk Marketing Board, every bond claim is unique and fact-dependent, so there’s no set time that has to pass before a claim is made.

Activity reports are not due to the Pa. Milk Marketing Board until May 25, so a bond claim cannot be made for Pennsylvania milk until the PMMB knows how much is owed.

On the national side, USDA confirms that Dean did timely file its milk receipts and utilization report for April, but these figures are confidential and proprietary, so the amounts owed to farmers and the Producer Settlement Fund are not known.

While USDA is communicating with the U.S. Department of Justice on this, the PMMB is reportedly doing their best to communicate and work with Dean to determine if there’s anything it can do — short of the agency filing a bond claim to have Pennsylvania producers paid. There are four Dean plants in Pennsylvania and at least two out-of-state plants, including one in New Jersey, receiving milk from Pennsylvania and surrounding states.

For Dean’s part, Gary Rahlfs is the chief financial officer overseeing the “winding down” of the Dean Foods Estate. In an email reply early this week, he referred to the May 6 public announcement at the Dean restructuring website after the sale of plants and other assets was completed that week, stating: “Dean Foods anticipates that the plan will provide for the full payment of all administrative expense claims in several months (following the repayment of its senior secured super-priority post-petition financing facility) as proceeds continue to come into the Dean Foods Estate.”

In addition to the public announcement, Rahlfs confirmed that administrative expense claims do include the payments Dean owes for April milk and many other payables.

“We are working diligently to ensure this process and the payments are made as quickly as possible,” Rahlfs wrote in an email response to Farmshine.

Unfortunately, it appears from the wording of the announcement that this could take several months, and the super-priority credit facility Dean used to continue operations during the bankruptcy sale process is being prioritized for repayment as income comes in from sale of assets and prior sales of product during this “winding down” plan for the bankruptcy.

All through the bankruptcy and sale proceedings in the Southern District of Texas, Judge David Jones referred often to how it was a priority of his to ensure a sale process that would not leave schoolchildren without milk and would not leave farmers without markets or employees without jobs. He talked often of fond memories as a child of milk delivered by the milkman.

In fact, this is one reason, Judge Jones approved retainment bonuses for professional staff to be sure that the people who understand the milk business would continue in their positions so the company and its 57 plants would remain in operation and viable during the bankruptcy sale to avoid the chaos that would result if the company fell into Chapter 7 status.

However, a detail left hanging is the final payment to farmers and cooperatives supplying milk to Dean Foods.

Back in November, when Dean Foods filed under Chapter 11, farmers had many questions about whether or not they would continue to be paid for milk. Credit facility of $850 million was secured, and the court gave permission to use income and credit facility for day to day operations to pay employees and critical vendors, including farmers.

In fact, a Raw Milk Supplier FAQ dated November 2019 still searchable in a cache file of the Dean restructuring website stated (as shown above) states: “We intend to pay suppliers in full under normal terms for goods and services provided after the filing date (Nov. 12).”

That language is no longer readily shown on the website. It was replaced when DFA became heir-apparent by a completely new and different Raw Milk Supplier FAQ dated February 2020.

While DFA, the buyer of 44 of the 57 Dean plants at a price of $433 million, has been Dean Foods’ largest milk supplier, the company also has many independent family farm shippers throughout the Northeast, Southeast and across the country. All are left waiting for payment at a time when they’ve already come through five years of low income and below-break-even prices and at a time when they are taking further losses in milk pricing and additional marketing costs due to the COVID-19 pandemic.

In a separate action this week, a lawsuit was filed for an injunction against the sale of 44 of Dean’s 57 plants to DFA. The lawsuit was filed by Food Lion and Maryland Virginia Milk Producers Cooperative in Federal District Court for Middle North Carolina in Greensboro Tuesday, May 19.

The lawsuit states that DFA’s ownership of Dean’s milk plants is the “coup de grâce (final blow) for competition” in fluid milk markets, arguing the merger gives DFA monopoly over the dairy supply chain, the death of the independent, family-owned dairy farms, and higher prices ultimately for consumers.

Plaintiffs are specifically asking the Court to grant a preliminary injunction to block the sale and want DFA to divest at least one of the Dean facilities in the Carolinas to an unaffiliated independent purchaser.

“This action arises out of Defendant Dairy Farmers of America, Inc.’s (“DFA”) longstanding effort to seize control of the milk supply chain. Indeed, for the past two decades, DFA has rapidly consolidated and dominated the market for the supply of raw milk not by competing on the merits, but through unlawful conduct and anti-competitive agreements through which it has gained near-complete control over the purchasing of key nationwide milk processors,” the plaintiffs state in their filing.

“This anti-competitive campaign has allowed DFA to transform itself from a modest regional dairy cooperative into the Standard Oil of the modern dairy industry.”

The U.S. Department of Justice (DOJ) already approved the deal three weeks ago with the stipulation that three plants in Wisconsin, Illinois and Massachusetts be divested from the 44-plant DFA purchase.

Prior to the bankruptcy and sale, Dean Foods was DFA’s largest customer and DFA was Dean Food’s largest milk-supplier.

“Their partnership was forged through a corrupt bargain entered into at the time of a prior merger between Dean and another dairy processing giant, in order to avoid U.S. Department of Justice (“DOJ”) scrutiny through subterfuge and deception,” the plaintiffs state.

“On May 1, 2020, DFA and Dean closed on the Asset Sale, transforming DFA overnight into both the largest milk producer and the largest milk processor in the United States,” plaintiffs continue. “With capability to wield market power at two levels of the supply chain, DFA now has both the ability and the incentive to wipe out any remaining pockets of competition.”