She remains a favorite dairy cow with a worldwide legacy.

SARASOTA, Fla. — Legendary Brown Swiss Old Mill E Snickerdoodle died peacefully just shy of 19 on Monday, October 2, 2017 — the eve of the 51st World Dairy Expo, where she is the only cow in history, of any breed, to win her breed championship six times.

Of all her winnings on the colored shavings of Madison, most memorable for owner Allen Bassler was the 2013 Expo, where she competed as a dry cow to the applause
of the coliseum crowd. 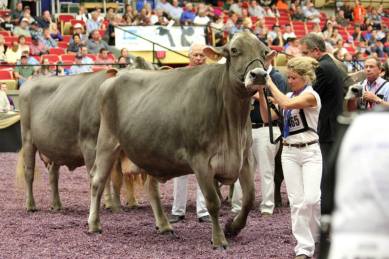 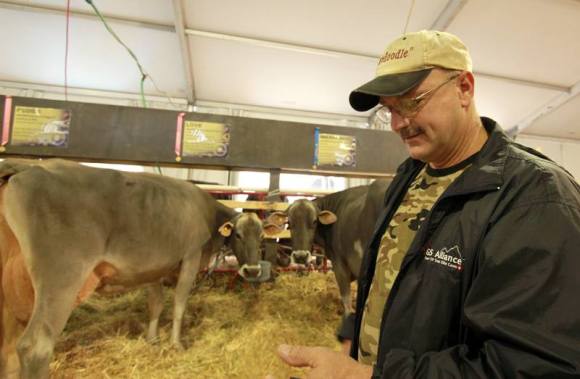 “She didn’t have an udder that year, she was there as a dry cow, and it was obvious that her work was complete,” Allen recalls. “The respect that she received that day was more than I realized, and it represented every year of building she had to get to that moment. Now her legacy lives on in her next generations.”

One of her A.I. sons, Supreme, was 2013 premier sire of the Expo’s Brown Swiss Show, and the sire of the grand champion Brown Swiss bred and owned by Wayne Sliker of Top Acres at this year’s show on Wednesday, Oct. 4.

Last classified EX-94 — the max for Brown Swiss of her time, which has since been increased — Snickerdoodle had a 97 point mammary. Two of the three EX-95 Brown Swiss in the U.S. today are daughters of her son Supreme. 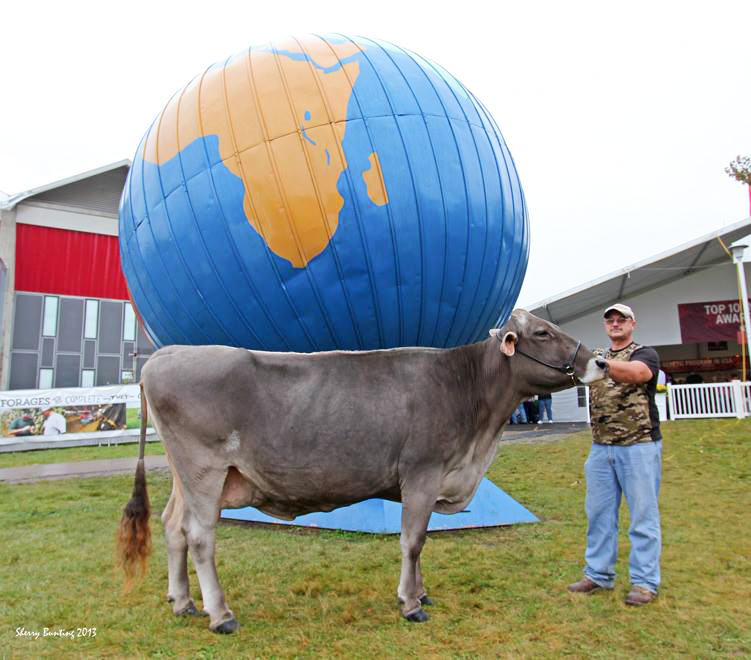 Snickerdoodle’s legacy extends well beyond her bannered trail and notable 8 times unanimous All-American status. She has over 100 offspring in the U.S. and additional offspring in at least 12 countries across the globe, including around 22 Excellent daughters in the U.S. today and 8 in Switzerland, that Allen knows of.

In Switzerland, alone, Snickerdoodle had 15 registered sons and 16 registered daughters as of 2015. They love her there. Allen is moved by the tributes from around the world to Snickerdoodle’s facebook page since her passing, and particularly the comments from people citing her as the reason they started in Swiss.

Uniquely a very strong cow, what Snickerdoodle has been famous for is her predictability.

“Her sons transmit her udder qualities,” Allen notes. “Supreme and Snic Pack are making the udders and strength that is Snickerdoodle. What was special about her is that she would respond to anything you challenged her with. There was always a character of strength about her, never timid or weak. 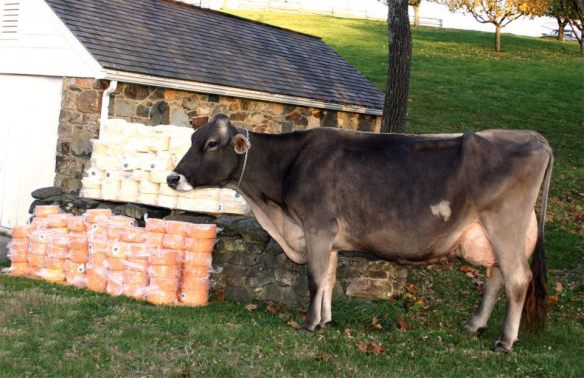 In 2015, Snickerdoodle retired to Florida when Allen took the job as cheesemaker at Dakin Dairy near Sarasota. She survived Hurricane Irma a month ago, but when Bassler returned from judging shows in Brazil, he saw that his girl was reaching her “time.”

“She was in a pasture with weaned calves and loved that,” he said, noting she was slower to get up in recent weeks.

“Sunday and Monday, Tammy and I just prayed,” he said. “She passed peacefully on her own Monday night and is buried on the farm with a headstone under four oak
trees.”