CHICAGO, Ill. — The CME dairy spot markets have been evolving since arriving in Chicago after a tumultuous past on the Green Bay Cheese Exchange, writes Ronald K. O’Brien, II, a dairy market risk specialist and geostrategist. He is director of global derivatives for Interfood, multidimensional global dairy risk managers using physical and financial global dairy markets to offset internal sales and inventory risk. 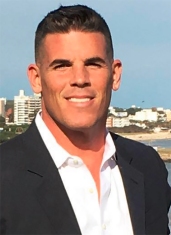 Recently, Farmshine interviewed O’Brien to better understand from a trader’s perspective how the dairy spot markets function since the transition from live floor trading to electronic trading in the second half of 2017. We also gained insights on some differences between the global and domestic trading platforms.

This conversation matters because the daily price at which those 15 minutes of CME trading close — whether bid, offer or trade — helps set pricing for the weekly USDA National Dairy Product Sales Report for cheese, whey, butter and nonfat dry milk (NFDM), which in turn sets the monthly commodity prices that are plugged into the Federal Order formulas that form the basis for how dairy farmers get paid for their milk.

O’Brien points out that markets are based on the “who” and the “what.” That’s as much true about CME dairy spot markets as it is about cattle auctions. People want to know, in the moment, where the auction is going in price, but also who is buying and who is selling, to infer a sense of market demand and resistance at those positions.

“Fundamentally, we have the same participants on the dairy spot markets, and it is still like coming to an auction,” says O’Brien of how bids, offers and trades occur on the electronic platform today, just like when it was live on the floor of the Chicago Mercantile Exchange (CME). “The difference, now, is the anonymity. This requires you to participate if you want to know what is going on. This brings a little more interest to those 15 minutes of spot trading.”

The anonymity also creates a situation where the largest market leaders know more because they know the buyer or seller once a trade is completed; whereas before, others outside of that transaction could observe and speculate based on which brokers were trading.

O’Brien observes that when the CME dairy spot markets traded live on the floor, analysts would not precisely know who was buying and selling; however, they knew the brokers and who they typically bid or cleared for. 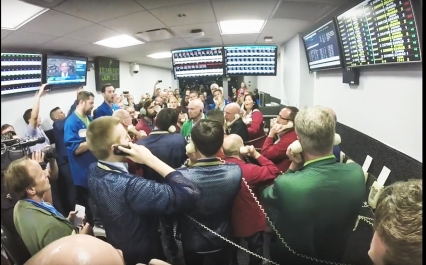 For example, in past years, the largest physical producers and end users in the United States would regularly use the same clearing broker for their spot transactions, resulting in the majority of market participants acting on this inferred knowledge in real time. A single bid or offer from certain brokers would set distinct levels of support and resistance, and this was coveted as the most prolific dairy information of the day.

The electronic platform “made this all disappear,” says O’Brien. “Spot traders know who is trading when a transaction is complete, at the end of the auction, if they are involved in that transaction, but they have no clue about who else was involved during the session.”

Thus, he says, “it is now more difficult to sense how strong the support is or how heavy the resistance because (with electronic trading) you don’t know if the buyer in a session was the largest end user, or your grandmother taking a position.”

In fact, anyone with eligible product in a warehouse, a CME auction account and a funded futures account can sell on the CME dairy spot market.

This is different from the Global Dairy Trade (GDT), which is run by Fonterra of New Zealand. In the GDT biweekly internet auction, not just anyone can bring product to that exchange. “They have to be vetted and approved to offer product on the GDT, and selling is limited to processors,” O’Brien notes.

For this reason, the CME is more of a “natural and price transparent marketplace,” he explains.

He calculated the trade volume for the 12 months leading up to the change from floor trading to electronic trading, noting that 38,000 tons of 40-lb blocks and barrels were traded on the CME during the second half of 2016 and first half of 2017.

Trade volume on 40-lb Cheddar blocks has increased 16% and on barrels 38%. O’Brien points out that the amount is still relatively small considering that the U.S. produces 5.5 million tons of cheese annually, which is essentially priced off the CME session trades, bids or offers.

“We were trading 7/10ths of one percent of total cheese production on the CME spot market,” says O’Brien. Since the change to electronic trading, this has increased slightly to just shy of 1%.

The volume of CME spot butter trades, on the other hand, has increased 138%, while NFDM has been flat.

With more trades, one can argue that the CME spot markets have become a better price discovery mechanism via electronic trading, particularly for butter. For the 12 months prior to going electronic, the CME traded 1.44% of the total U.S. butter production, compared with trading 3.7% of total production in the past six months since going electronic.

“That is a dramatic jump in the price discovery for butter,” says O’Brien.

The CME spot market for cheese has some product specification differences from butter and powder. “It is a fresh cheese market,” O’Brien points out. “Sellers cannot bring product older than 30 days to the CME, so we can have 400 million pounds of cheddar in inventory, but if there are no sellers of fresh cheese, and if buyers have a need for fresh cheese, we get these massive short-squeezes.”

He notes that the CME could price fresh cheese at $1.60/lb on the spot market, but cheese that is 31 days old or older could be trading through normal distribution channels at discounts as great as 20 cents per pound.

This volatility is often seen from week to week, and cheesemakers can get caught when their input cost for milk does not align with their output sales of cheese that is older than 30 days.

On NFDM, the product age window is 6 months, and for butter it is one year, making those spot markets more reflective of supply and demand in terms of stored product realities.

“We could have a better marketplace (for cheese), but at the moment, these are the boundaries that participants are forced to operate within, regardless of the increased volatility that results from them…volatility greases the track and gets things moving,” observes O’Brien.

His experience with dairy market risk over the past two decades gives him insights into many sectors of the dairy industry. He suggests that dairy farmers need to be aware of their options and be realistic about their cost of production.

“Everyone is in same boat (in terms of market risk), but for dairymen, it is different because they are mostly price takers, while physical trading houses and other market participants that have risk management departments can be price makers,” he says. “Physical traders incur risk when they can manage it, and if they cannot, they immediately offset it or avoid it altogether, whereas dairy producers make milk and work hard and do some things about risk on their inputs but neglect fixing the price of milk outputs.”

O’Brien notes that with the farm milk price based almost completely off the CME spot markets, this is also affected by delays. The CME spot market can be going up while the USDA weekly National Dairy Product Sales Report can be going down in the same window of time. Meanwhile, the CME spot dairy markets, especially on cheese, remain a “market of last resort” with limited participants on the processing side.

While there is increased activity of end-users coming to the spot market directly to buy — especially for butter — the spot market is mainly selling more product with the same participants. There are still a limited number of butter sellers — traders fulfilling contracts and a handful of processors that make butter.

The large processors and cooperatives focus on allocating the bulk of their sales for the year and make inventory based on those allocations. Global dairy traders, on the other hand, have ever-changing risk profiles, which forces them to buy, sell and arbitrage to survive.

“We don’t operate under the luxury of make allowances,” says O’Brien of the role of market participants such as themselves.

Meanwhile, market dynamics are changing in the cheese industry where cheese plants are being built as much for the cheese as for the whey stream valorization. This creates a supply of Cheddar barrels that can build up and are seldom exported.

U.S. processors continue to produce yellow Cheddar blocks and barrels, but few globally have the equipment to break down the barrels, so they are not exported. The industry makes what it wants — what milk is priced from — but is that reflective of the market?

There are certainly inefficiencies in the current commodity market pricing systems that underpin the Federal Order milk pricing. Can a case be built to improve this?

Meanwhile, the four basic commodities from CME to Federal Order set the allocation pricing barometer for dairy processing as well as both the spot milk and milk futures markets.

Looking overseas, O’Brien suggests that the countries of the EU “would love what we have in the ability to lock in a milk price for up to two years (via a mechanism like the CME futures markets). For the most part, farmers in Europe are paid on what milk-derived sales their co-op or processor can attain. Their pay price does not float with the market. But farmers in Europe have the intervention program — similar to the former dairy product price support program the U.S. eliminated in the 2014 farm bill,” O’Brien relates.

Volatility in the marketplace provides opportunities to manage risk, but it is easier said than done. For example, there must be access to funds to hold positions (through the margin calls when the market goes against their positions).

On the processing side, says O’Brien, “Deferred positions of just 5 months can move against you as much as 70% for products such as NFDM or Cheese and as much as 100% for butter.”

As for dairy farmers, he observes that there were opportunities during late 2008 to lock in $20 Class 3 milk prices during 2009.

“But most dairy farmers didn’t do this. A super majority operate without safeguards, eternally optimistic. Dairy production is not a pastime, and survivability is not certain,” he suggests. “The future is managing risk. The multinational companies do it, and traders do it. Successful farmers will have to do it also.”

Ron O’Brien can be followed @rko2milk on twitter and at milkfutures.com

check it out at https://www.youtube.com/watch?v=si2vVdOQemo&t=35s